Home BUZZ Not to be Missed: The Much-Awaited FINALE of My Roommate is a Gumiho, Along with Other Great Shows on iQiyi 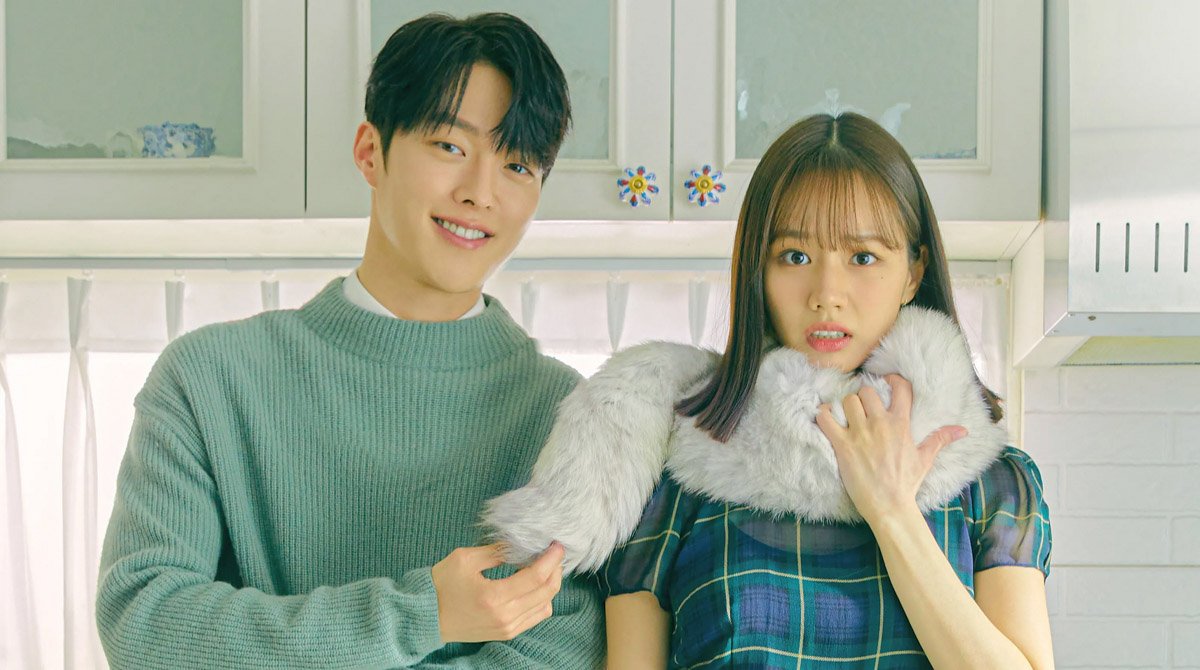 Stuck at home? Fear not, as iQiyi is here to save the day!  Get comfy on the couch and gear up as iQiyi’s latest releases are all set to cure your lockdown fatigue this July.

Fans of the nine-tailed fox Gumiho who has laughed and cried in anticipation of its finale can catch the highly anticipated release tonight (July 14). Yes, you read right! The wait is finally over and fans will soon find out if Shin Woo-Yeo will disappear or will there be a happily ever after for Shin and Lee Dam after all they have been through.

As you cry tears of joy or happiness in this emotional finale, get ready to be entertained by a line-up of other Korean and Chinese reality shows and dramas only on iQiyi – the world’s leading movie and video streaming website.

Will you get hooked to the latest Korean reality singing sensation – Girls Planet 999 – staring Hotel Del Luna heartthrob actor Yeo Jin-Goo as the host of the show? Or get captivated by iQiyi’s first prison-themed original series titled Danger Zone?

Do not miss the highly anticipated finale which will hit screens tonight (July 14) at 10.50pm as iQiyi releases it simultaneously in Korea and 191 other countries worldwide.  Be the first to find out if it is going to be a devastating end to Shin Woo-Yeo (played by Jang Ki-Yong) and Lee Dam’s (played by Lee Hye-Ri) relationship or do they get their happily ever after? iQiyi’s first original Korean drama series is set to stir audiences’ emotions as the series comes to a close.

This follows the teaser preview where Shin gradually loses his supernatural powers, worried that he might disappear. Not forgetting the heartbreaking farewell letter, he wrote to Lee which will is sure to tug at the heartstrings of viewers. The episode also sees guest stars such as Baeksang Arts Awards Best Supporting Actor Oh Jung-se (It’s Okay to Not Be Okay), who witnesses an intimate scene between Do Jae-jin (played by Kim Do-wan) and Yang Hye-sun (played by Kang Han-na). 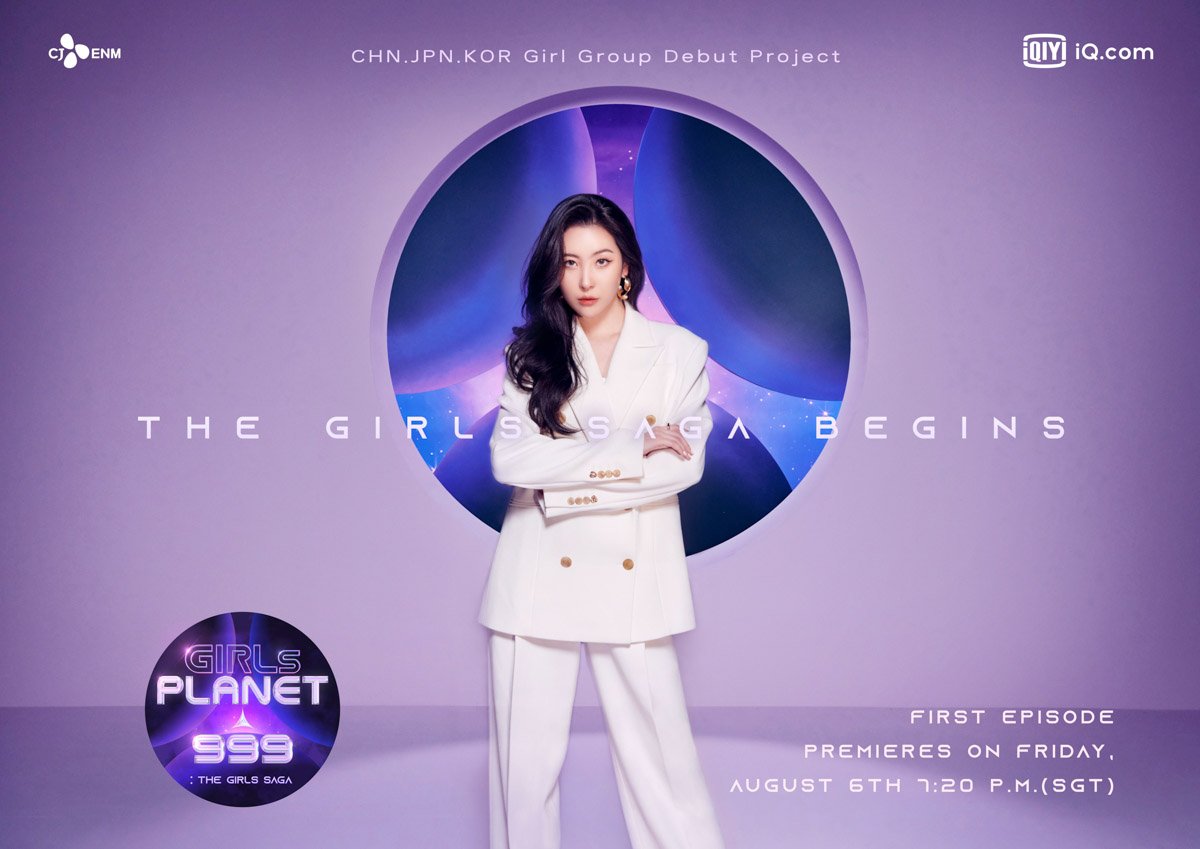 Premiering August 6 globally, this hot new Korean Reality Show sets the stage for K-pop sensations Sunmi from Wonder Girls and Tiffany from Girls’ Generation as they become K-pop Masters on a mission to select and train a fresh new breed of global artists – forming the next girl group sensation through the singing competition.

Hosted by Hotel Del Luna heartthrob actor Yeo Jin-Goo, Girls Planet 999 will see contestants from China, Korea and Japan singing their hearts out for a coveted spot in the group. Both Sunmi and Tiffany have taken the world by storm through their illustrious careers and respective K-pop groups, amassing millions of devoted fans worldwide. With their extensive experience and knowledge in the K-pop industry, they will guide and mold contestants throughout the show. Along with this, Girls Planet 999 will also release its theme song O.O.O (Over & Over & Over), specially choreographed by Dance Masters Back Kooyoung and Jang Juhee.

Only 100 outstanding and promising young talents have been selected out of over 10,000 submissions received from China, Korea and Japan – just WHO will make the final cut? Be sure to tune in to find out! 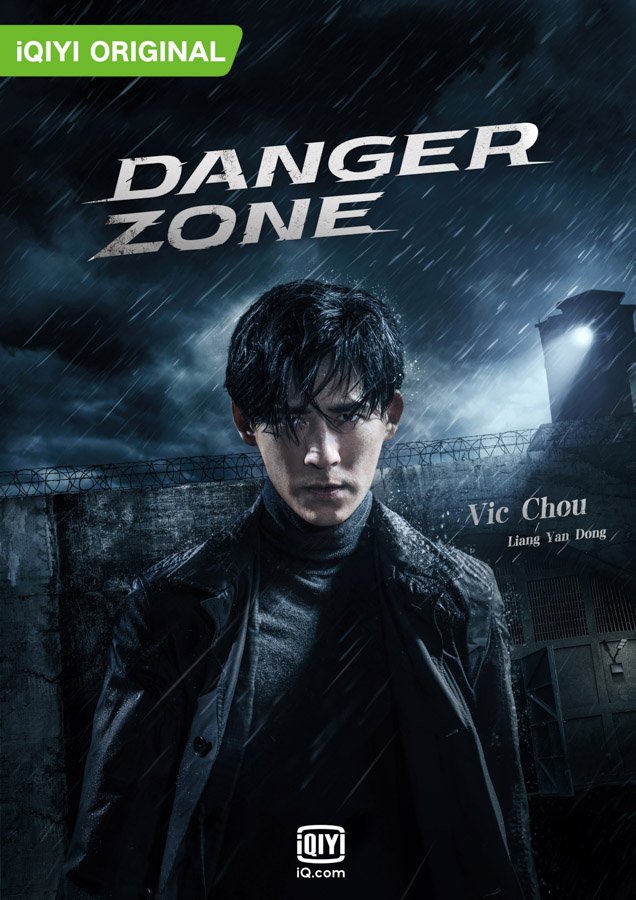 Building on the success of The Bad Kids which made its debut last year, iQiyi’s is set to release its first ever prison-themed Chinese original series which premieres exclusively on September 3 across 191 countries and regions worldwide. Judging from the stellar reception of The Bad Kids and immense coverage from The Guardian, The Economist and South China Morning Post, iQiyi wants to give its viewers another taste of mystery from a similar drama genre.

Chou, who plays the prisoner Liang Yandong is an attorney under custody for his potential involvement in unconventional cases. He is not only suspected to be a serial disembodiment killer but is also physically abused in a prison cell and receiving death threats. Directed by David Chuang and Chen Kuan-chung, who are also behind The Tag-Along film franchise and The Victims’ Game TV series, this dark and mysterious crime-thriller is set to keep viewers at the edge of their seats in anticipation of the plot twists and turns which will leave viewers hooked!

Prepare to be electrified as iQiyi’s original Chinese youth rap variety show is making its return! The first Chinese youth rap music show to be produced with an ‘episodic’ narrative concept, The Rap of China will raise the bar higher with a new competition system and a wider range of trainees to bring contemporary Chinese rap styles to the forefront of popular culture.

Be sure to keep your eyes peeled for the announcement of judges as the line-up is sure to put the show on the map bigger than before!

Catch an exciting line up of new and premium shows – only on iQiyi international service (iQiyi International App and iQ.com).