The Lingering
Next Video 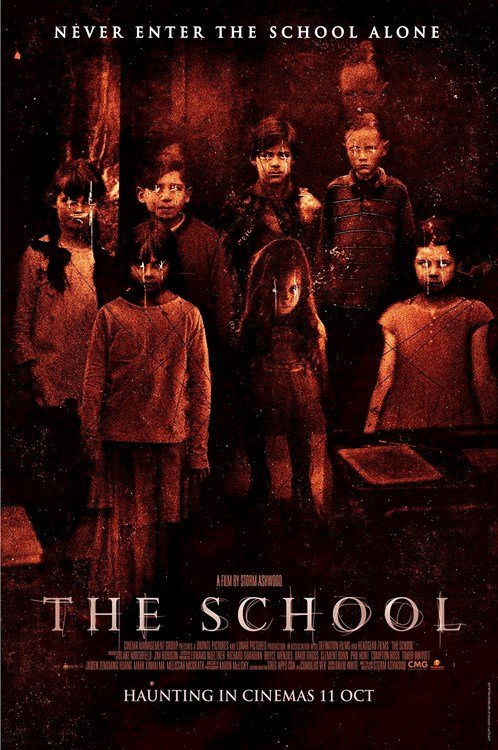 AMY awakes gasping for air from out of a dank bathtub and finds herself in what seems to be an abandoned old school.
THE SCHOOL is dark and terrifying and the flaking walls show children’s drawings of an occult like worship of a teenage boy ZAC. It is not long before she is taken prisoner by Zac and the feral hoard of children he lords over. In her imprisonment, alone with only her thoughts, Amy drifts in and out of her memories: A doctor, wife and grieving mother, AMY is stepping deeper into the darkness. It has been two years since her son DAVID’s drowning accident and she still cannot manage to leave his comatose side.
Amy’s decisions lead her further into her own selfish world of obsession and denial. Focused solely on trying to save her son, she blocks out everything and everyone around her. Neglecting her patients, despite the pleading of her colleagues and those closest to her. Amy’s world begins to crumble down around her.
Having fallen too far into darkness and despair, she emerges, now trapped in this hostile supernatural purgatory for children: THE SCHOOL. Determination to find her son, she sets out to escape. To free herself, Amy becomes an unwilling surrogate mother to a few of the younger children, TIMMY and BECKY. With their help she frees herself, only to find she and the children are running from Zac and his hoard of warrior children.
Against Timmy’s frightened pleas, Amy constantly breaks the rules that bind the School and soon she comes to realise that there is an impending evil that is tearing at the very walls that protect the children from a further evil that lurks outside. Through the help of an unlikely hero, Amy discovers the truth behind the existence of Zac and the terror that has enslaved the children.
Supernatural and psychological terror ensues as Amy encounters the terrifying demonic creatures that inhabit the world of THE SCHOOL. She must battle these horrifying beings and ultimately her own demons that wish to enslave her and her son forever.