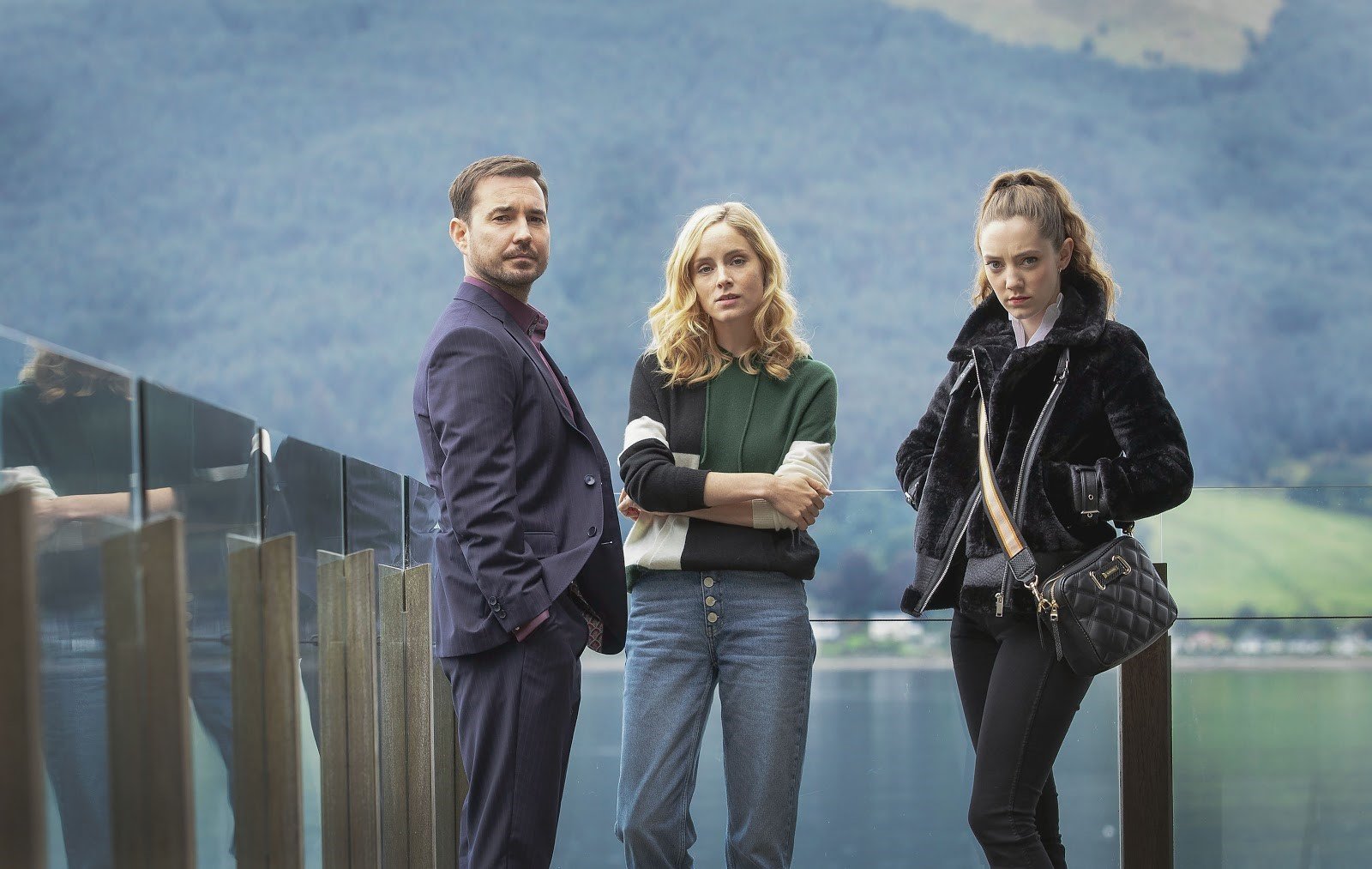 It’s going to be a month filled with surprises this August as the BBC premieres a series of programmes that will leave you feeling both intrigued and amazed. Click on the picture below to check out the promo. 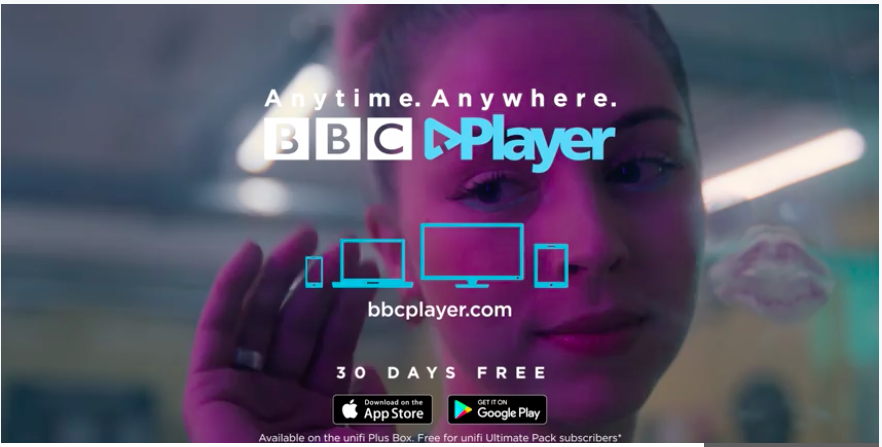 If you’re a crime drama fanatic or if you’ve exhausted your list of shows to catch up on in the last few months, boy do we have a show for you! We Hunt Together is intense new crime thriller that follows the relationship of Baba and Freddy, two young and troubled individuals, each with their own twisted and violent desires. With their rampant outbursts attracting the attention of detectives Lola Frank and Jackson Mendy, will the dangerous couple finally stop before it gets too late? Tackling the theme of Nature versus Nurture, We Hunt Together is a series that all crime lovers have to catch.

Dan and Emily are crazy about each other. They live in a huge house in a beautiful location just outside Glasgow and want for nothing. All that’s missing is a baby –and they’ve been trying for years. Through a chance encounter they meet Kaya, an 18 year-old from the other side of the city, whose life is as precarious at theirs is comfortable. When Kaya agrees to carry their baby, it feels like they were meant to meet –but was it really by chance? Who is Kaya and what has brought her to this couple? Can the dreams of Kaya, Emily and Dan be fulfilled, or have all three embarked on a relationship of mutually assured destruction? Don’t miss this new five-part drama from BAFTA and RTS award-winning writer Nicole Taylor, where a wealthy couple and a teenage girl make a pact that will change all of their lives forever.

The Nest can be directly accessed here: https://bbcplayer.app.link/Lgrr7cysb8

The link will only be available from 7 August onwards. 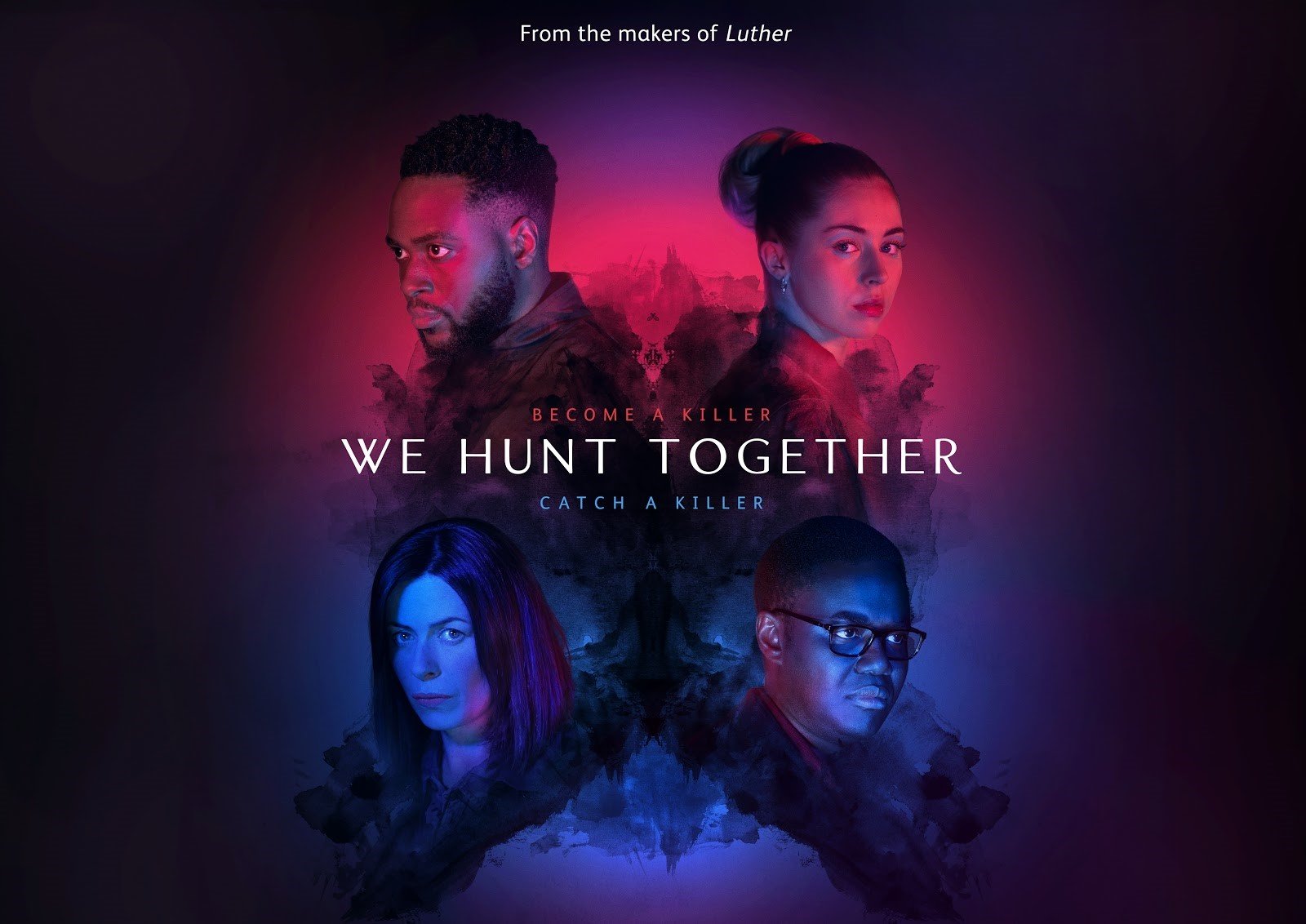 When Freddy, a troubled young woman, is nearly assaulted outside a nightclub, the toilet attendant steps in to help. Baba, a former child soldier, acts with swift, unstoppable brutality. Entranced, the pair form an instant, intoxicating connection. Something dark within both of them quickly emerges.

We Hunt Together can be directly accessed here: https://bbcplayer.app.link/NIlXeqtsb8

The link will only be available from 21 August onwards.

It’s no doubt that we live in a society that loves food and with our lives constantly getting busier, takeaways and fast foods are definitely our go-to choices for lunch and dinner. But should we really be indulging in these takeaways or has our desire for convenience blinded our food choices? Find out how our growing habit of taking away food could potentially result in serious consequences on our health in the documentary special, The Truth About Takeaways. 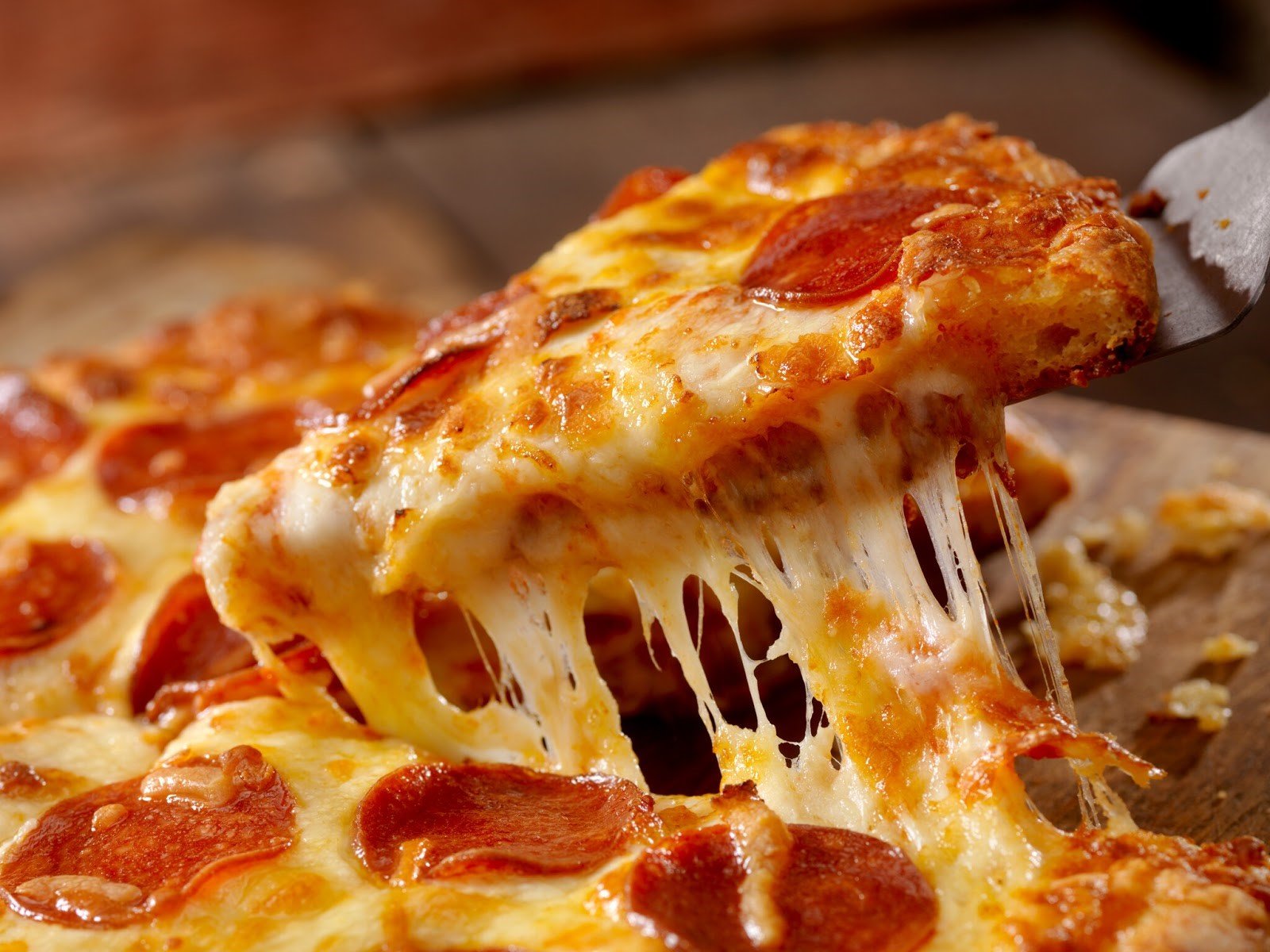 The Truth About Takeaways

Around the world, millions of takeaways are eaten every week. And with the explosion of food delivery apps, we’re cooking less at home. This fascinating documentary uncovers the truth: how much do we know about our fast food, what is it really doing to our health, and can science help us make smarter takeaway choices? Learn how addictive foods are changing our appetites, and what we can do about it. Discover the best time to eat junk food, find out which fast food is healthiest and which ones we should avoid. Full of surprising revelations and healthy tips, take a closer look at our favourite feel-good foods.

The Truth About Takeaways can be directly accessed here: https://bbcplayer.app.link/OxyHzuZsb8

The link will only be available from 6 August onwards.

Other programmes she has presented include How To Look Good Naked with a Disability and Watchdog. 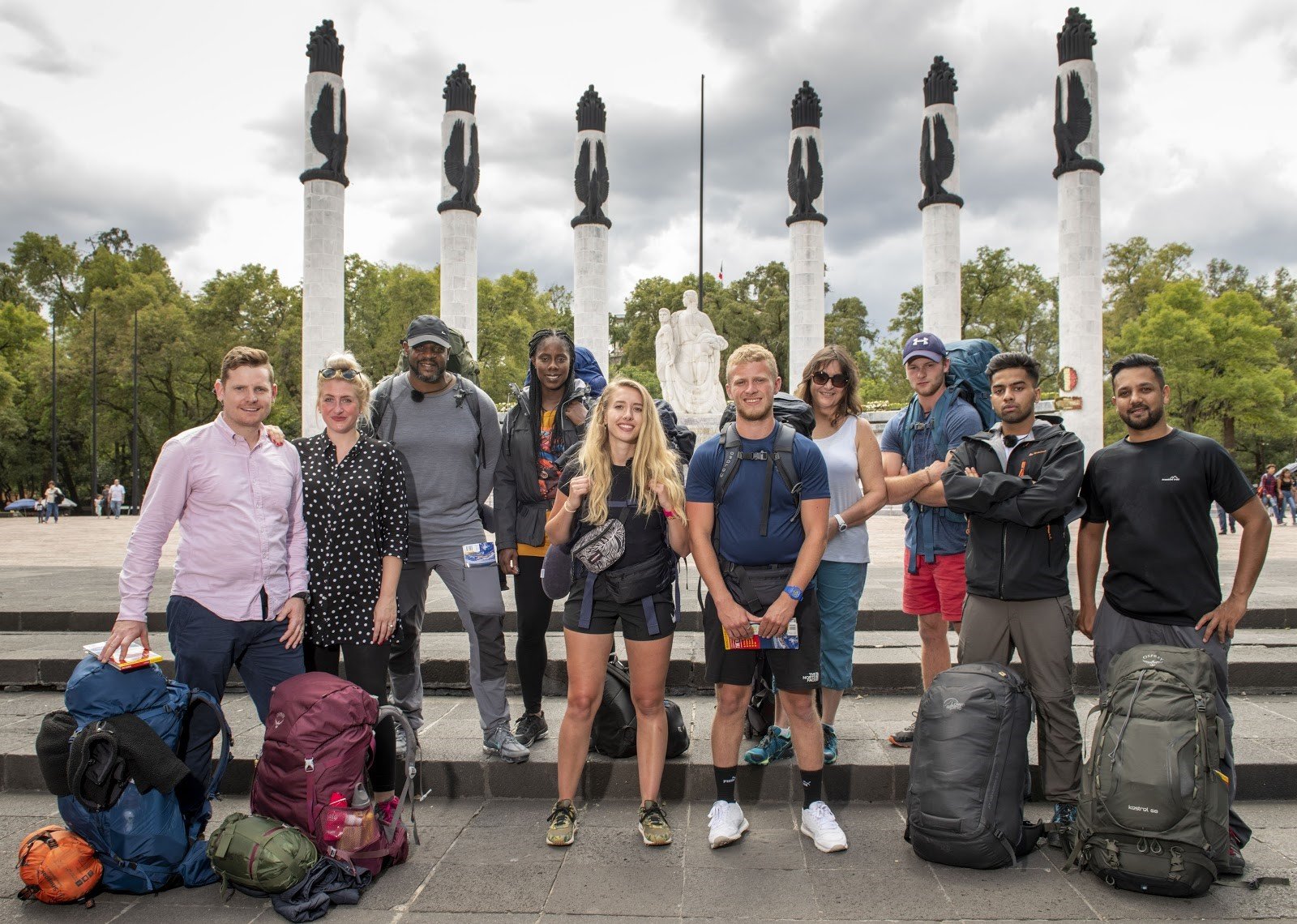 Race Across The World Series 2

Five teams set off from Mexico City in a race to reach Ushuaia in Argentina.

Race Across The World Series 2 can be directly accessed here: https://bbcplayer.app.link/w2eKGZIsb8

The link will only be available from 9 August onwards. 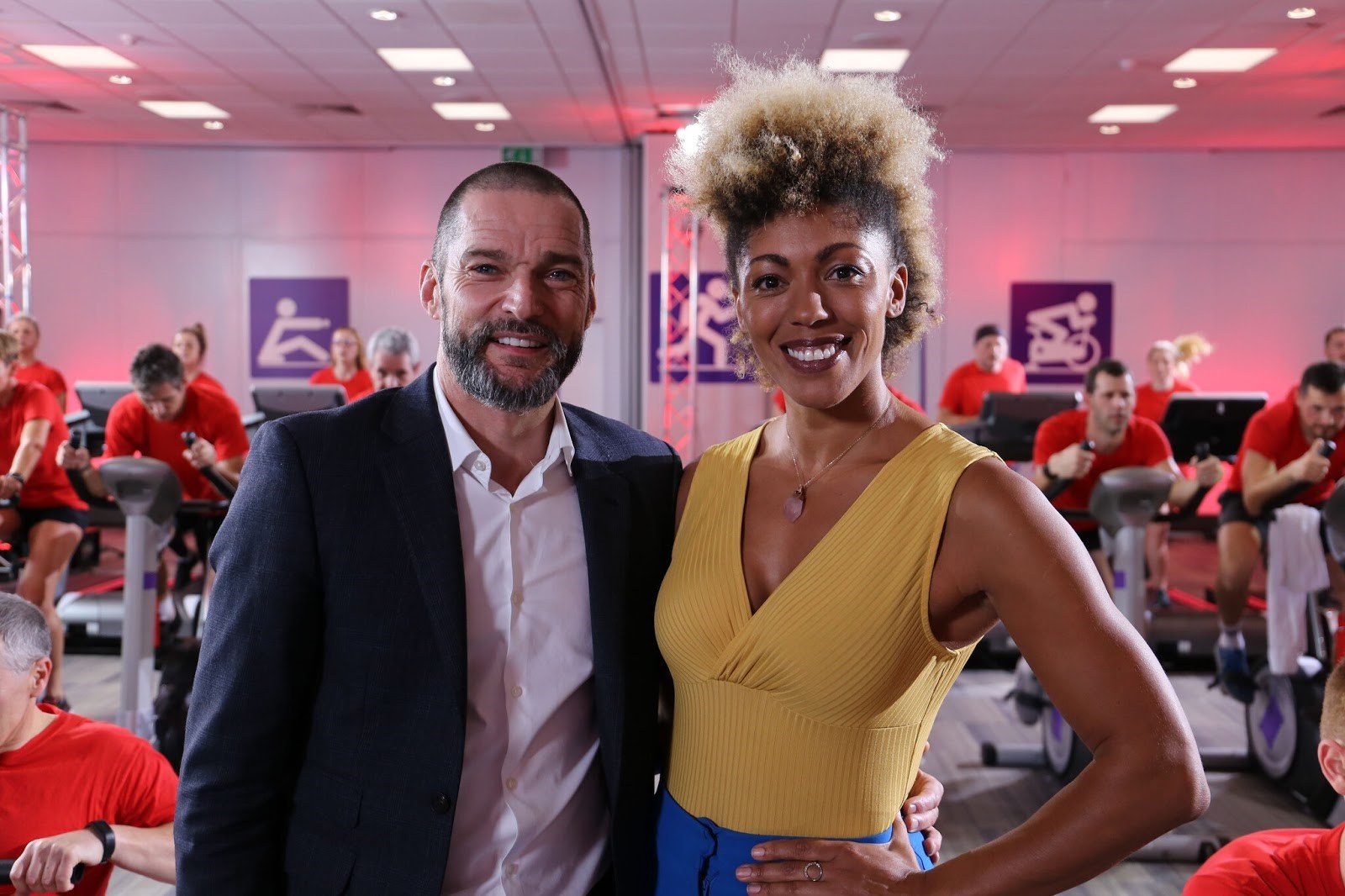 The Restaurant that Burns Calories

Welcome to a restaurant like no other, where behind the scenes is not just the kitchen, but a secret gym and an army of exercisers, aiming to burn off every single calorie that the diners consume. With a three-course meal plus drinks easily hitting 2,500 calories, it’s going to get sweaty. How will the diners feel when all is revealed? And how will they feel when they have to take a turn on the treadmills? This high-energy stunt combines humour with innovation to reveal the science behind calories.

The Restaurant that Burns Calories can be directly accessed here: https://bbcplayer.app.link/hjxCDmZtb8

The link will only be available from 13 August onwards. 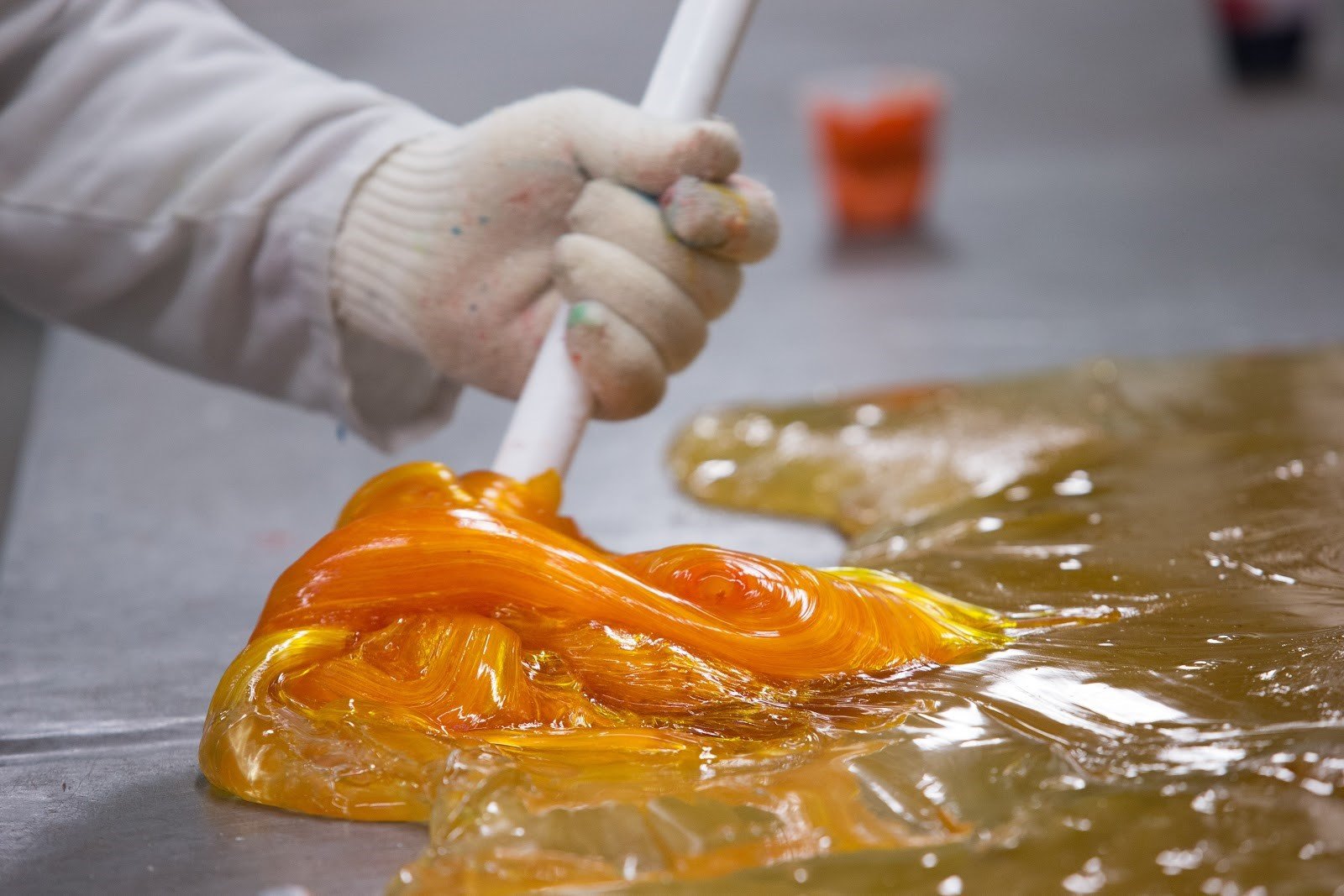 Behind each bag of chips, can of beer, bar of chocolate, lollipop or loaf of bread is a mega-industrial production line that brings each product to the masses. Food Factory is a mesmerising behind-the-scenes peek into the weird and wonderful processes that produce everyone’s favourite foods.

The link will only be available from 26 August onwards. 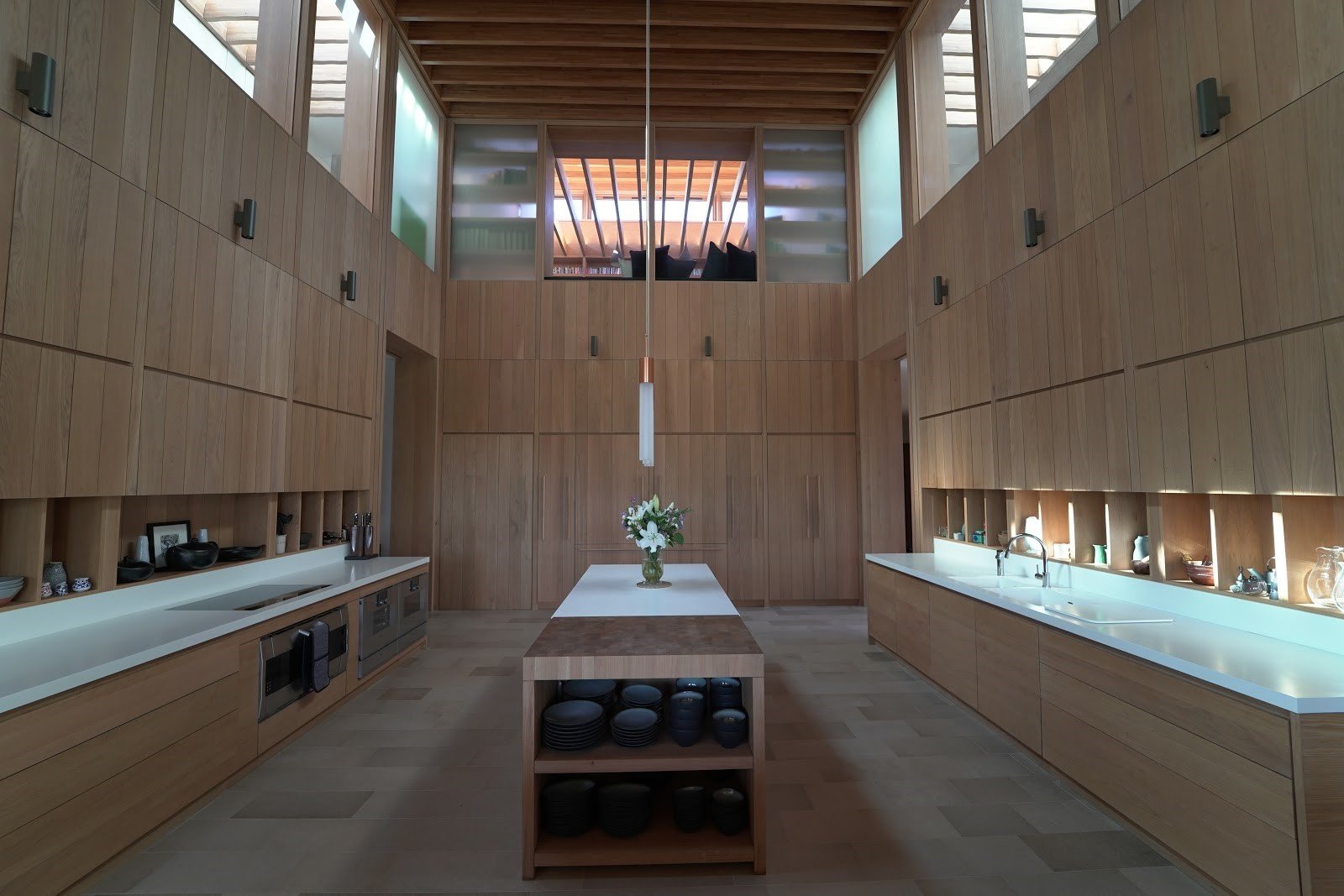 Every year the Royal Institute of British Architects looks for the best new home in Britain, and this time Grand Designs is along for the ride.

Grand Designs: House of The Year Series 5 can be directly accessed here: https://bbcplayer.app.link/DIgklZgub8

The link will only be available from 11 August onwards. 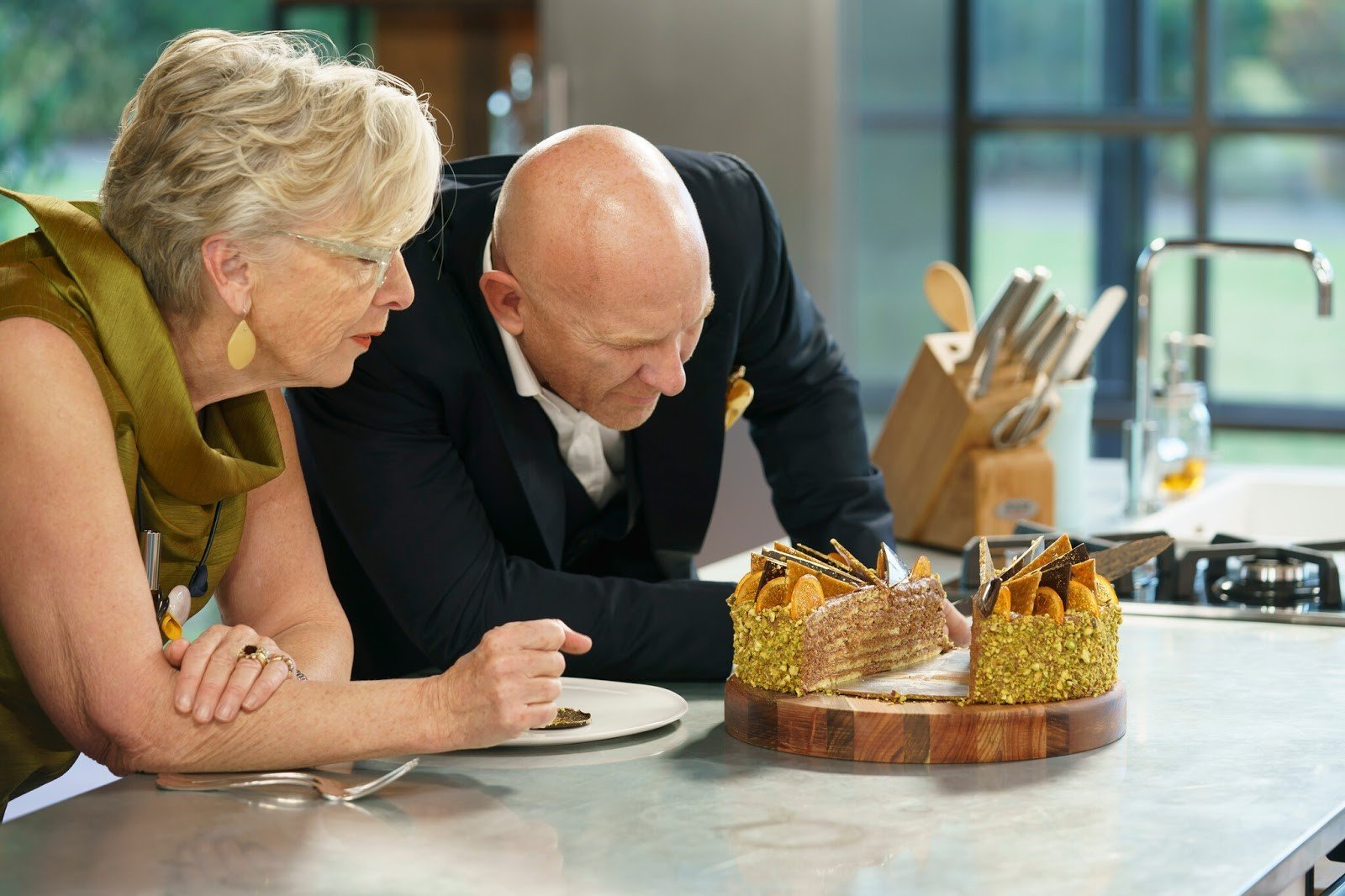 The Great Australian Bake Off Series 4

The ovens are getting hot and so is the competition, as 12 nervous amateur bakers grab their aprons and take their places in Australia’s famous Bake Off shed. This diverse group of home baking enthusiasts will need to use every ounce of their baking prowess and creative skills if they want to progress through the contest and earn the title of Australia’s best baker. The judges, culinary icon Maggie and acclaimed chef Matt, put them through their paces in complex technical and showstopper challenges, while comedians Claire and Mel inject each episode with a dollop of their trademark humour.

The Great Australian Bake Off Series 4 can be directly accessed here: https://bbcplayer.app.link/vOe8vw8tb8

The link will only be available from 26 August onwards.

For the little ones, make new discoveries and go on more exciting extra-terrestrial adventures with lovable pink creatures, The Clangers. Returning for a brand new season next month, join them as they work hand-in-hand to help their friends in need. 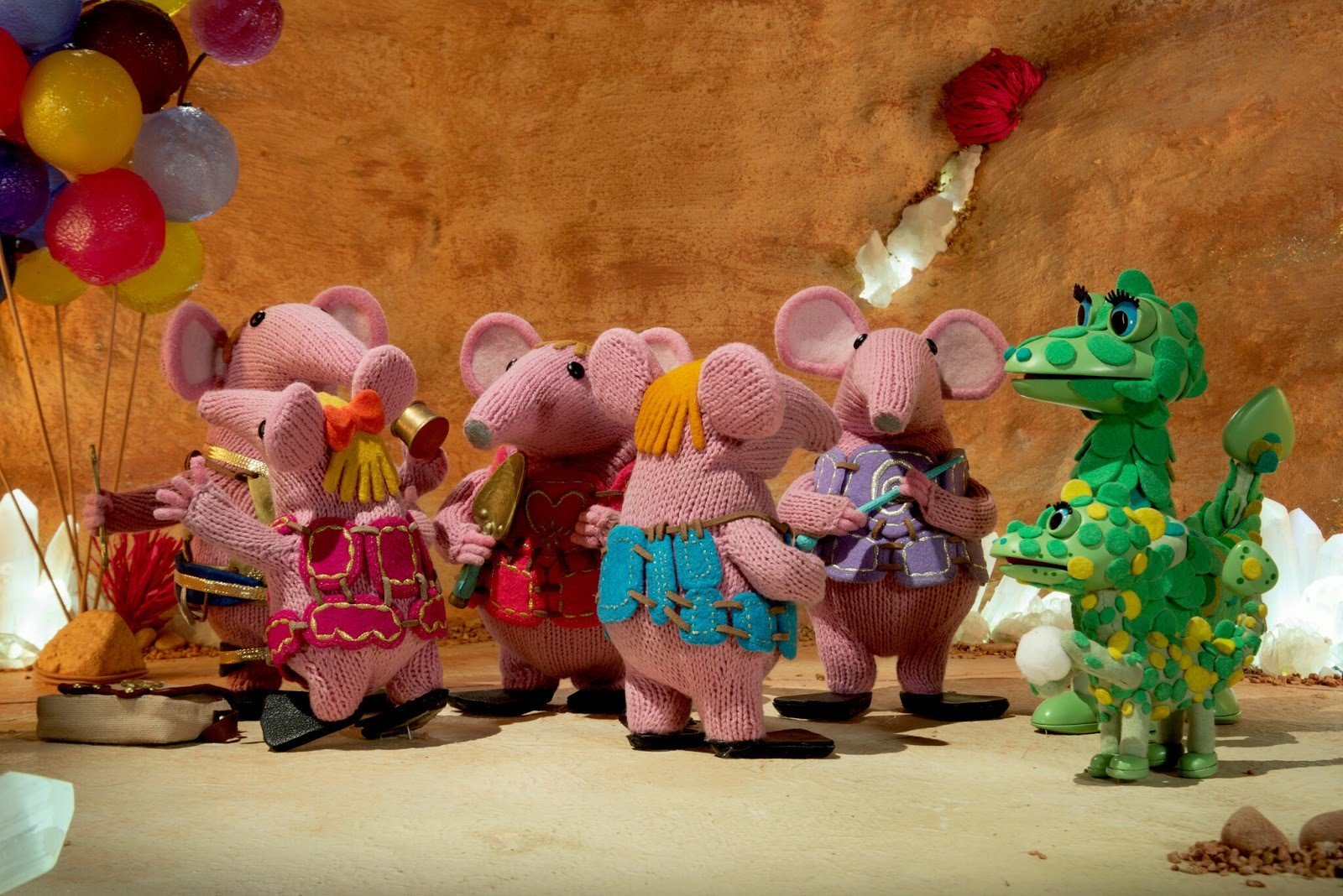 The Clangers whistle their way through a new set of adventures on their little blue planet far out in the starry stretches of outer space. In each charming episode, these inquisitive pink creatures solve a problem, make a discovery, or invent something and have fun with friends including the Soup Dragon, the Iron Chicken and the Froglets. In this series, Small comes to the rescue when Granny, Major, Mother and the Soup Dragon get into trouble. Major unwittingly starts a dispute among the Froglets, and there’s the unexpected arrival of a space module carrying a human astronaut.

The link will only be available from 19 August onwards. 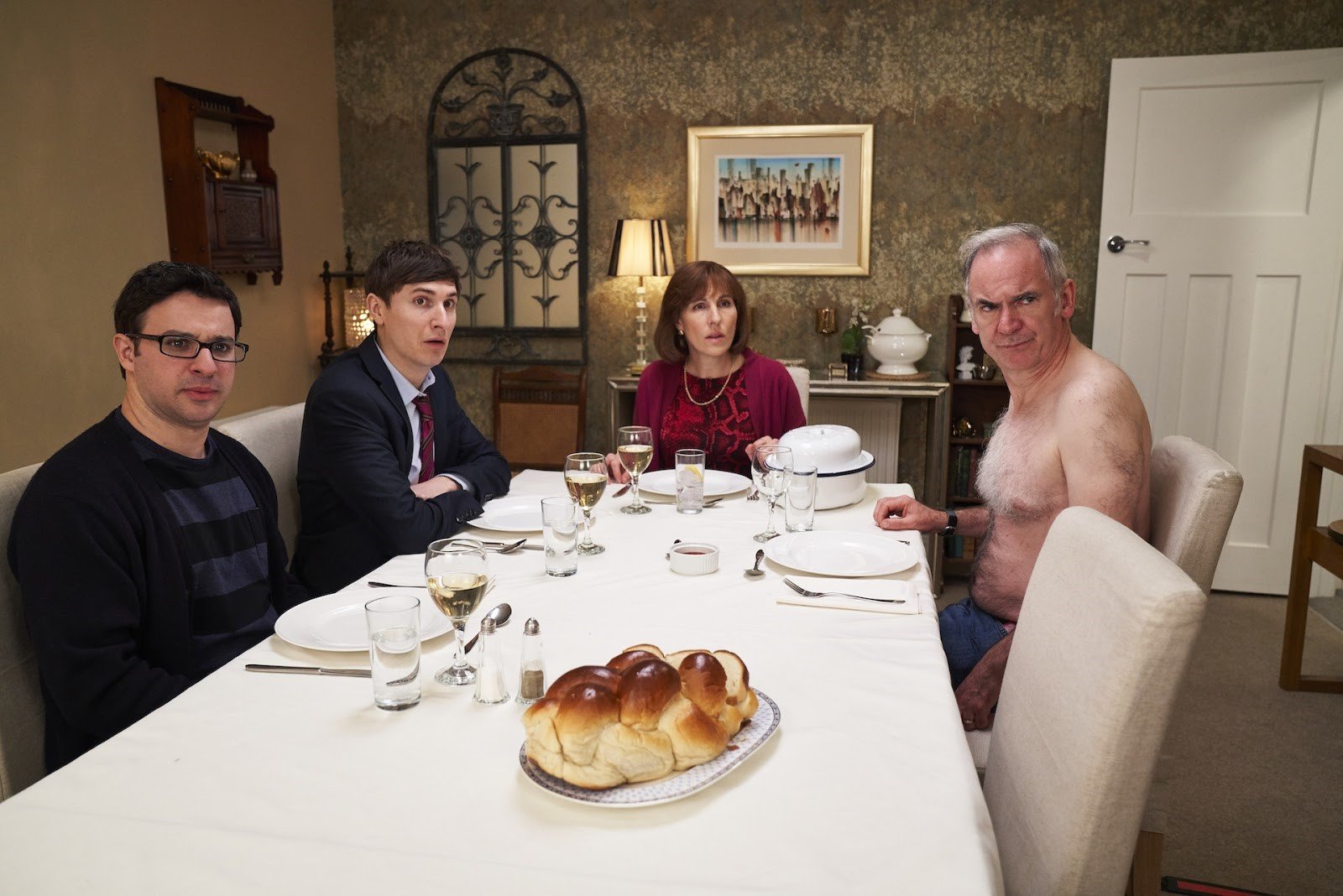 Once again, brothers Adam and Jonny return to Mum and Dad’s house for a Friday night dinner of soup, chicken and crimble-crumble; plus massive side-orders of wind-ups and bickering. In this series, Dad buys a grotty old caravan and starts living in it, Mum almost has a heart attack when the boys both get ‘females’, Jonny buys the world’s most disgusting coat, Adam gaffer-tapes Jonny’s phone to the ceiling while Aunty Val takes up sexting, Horrible Grandma wreaks havoc in the Goodman household and Jim gets a brand new dog.

The link will only be available from 7 August onwards.