Home BUZZ DREAMWORKS ANNOUNCES CHANNEL PREMIERE OF THE BOSS BABY: BACK IN BUSINESS ON JULY 6 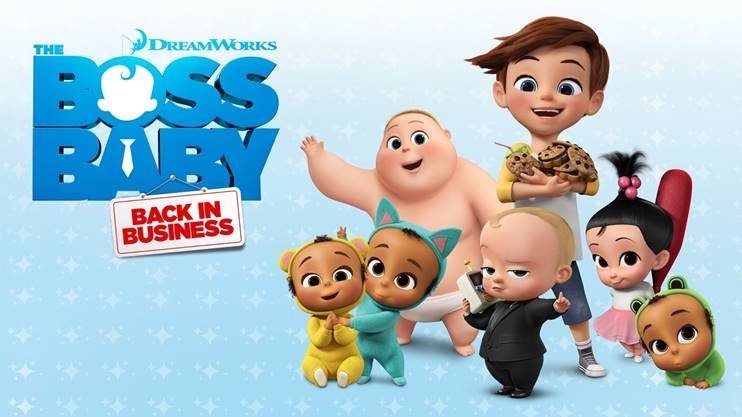 Monday 29th June 2020 – DreamWorks – NBCUniversal International Networks’ 24-hour channel dedicated to kids and family entertainment – today announces the channel premiere of The Boss Baby: Back in Business. The new series brings a colourful mix of happy chaos, family love and heroism to the small screen. The series will premiere on the DreamWorks channel from Monday, July 6 at 6:30pm (MYT).

Following on from where the blockbuster movie left off, the new animated series follows practical and savvy salesman Boss Baby, and his idealistic, imaginative and naive older brother, Tim, on a variety of exciting neighbourhood missions to save the baby world.

With the help of his big brother, and partner in crime, Boss Baby navigates the cut-throat corporate jungle gym of Baby Corps to keep babies on top of the love distribution charts, while angling to achieve the near impossible: a work-life balance.

Although Boss Baby’s hardened corporate perspective serves him well, his brother Tim is the muscle on field ops but doesn’t always think things through – he’s a regular kid living life with gusto and the belief there’s no dream that can’t come true.

Executive produced by Brandon Sawyer (Penguins of Madagascar), the much-loved TV series will bring episodes loaded with laughter, mischief and adventure. The Boss Baby: Back in Business will join a line-up of fan favourite shows on DreamWorks, including the recently released series Kung Fu Panda: The Paws of Destiny and Where’s Wally?, in addition to Trolls: The Beat Goes On!, Dragons: Race to the Edge, The Adventures of Puss in Boots, and All Hail King Julien.

The Boss Baby: Back in Business premieres July 6 with episodes at 6:30pm (MYT) weekdays on DreamWorks, exclusively on unifi TV channel 550.