Inspired by the world of Disney and Pixar’s Academy Award-winning “Monsters, Inc.”, the 10-episode series sees the return of familiar faces while also introducing a whole new cast of monsters. Taking place the day after the Monsters, Incorporated power plant started harvesting the laughter of children to fuel the city of Monstropolis, thanks to Mike and Sulley’s discovery that laughter generates ten times more energy than screams. It follows the story of Tylor Tuskmon, an eager young monster who graduated top of his class at Monsters University and always dreamed of becoming a Scarer until he lands a job at Monsters, Incorporated, and discovers that scaring is out and laughter is in.

Celebrating the show’s premiere, Malaysian makeup artists Julianne Sebastian and queenofluna have created special looks transforming themselves into characters from the show! 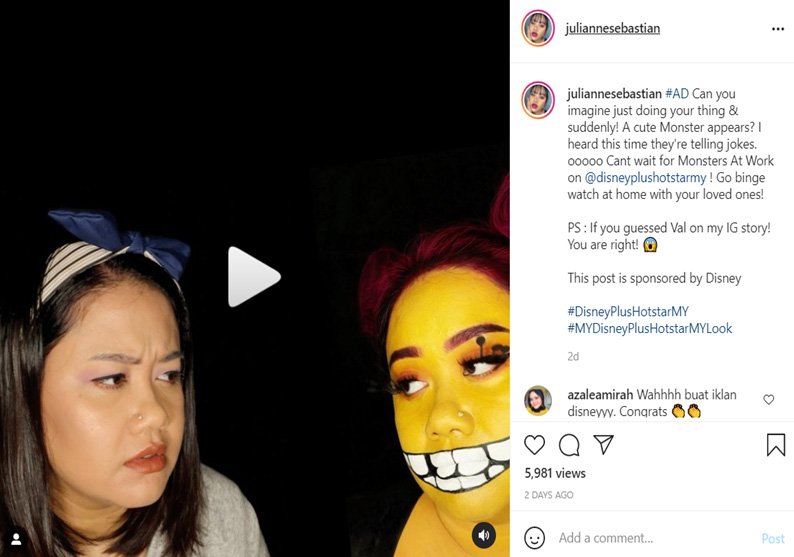 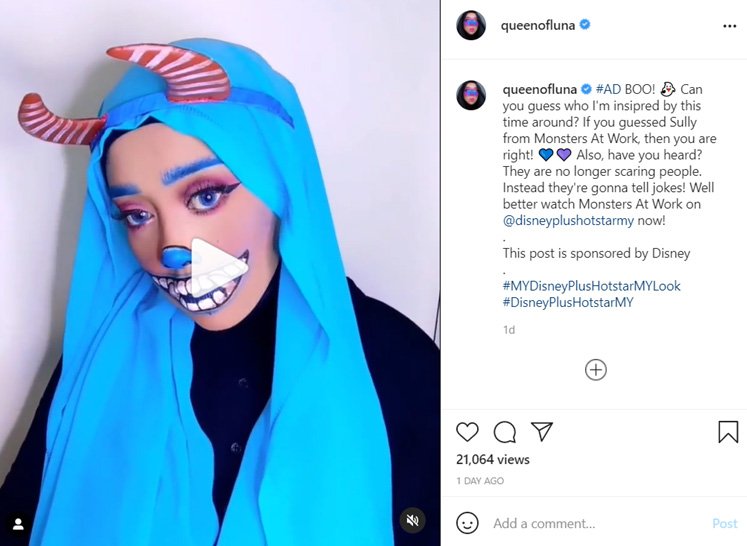