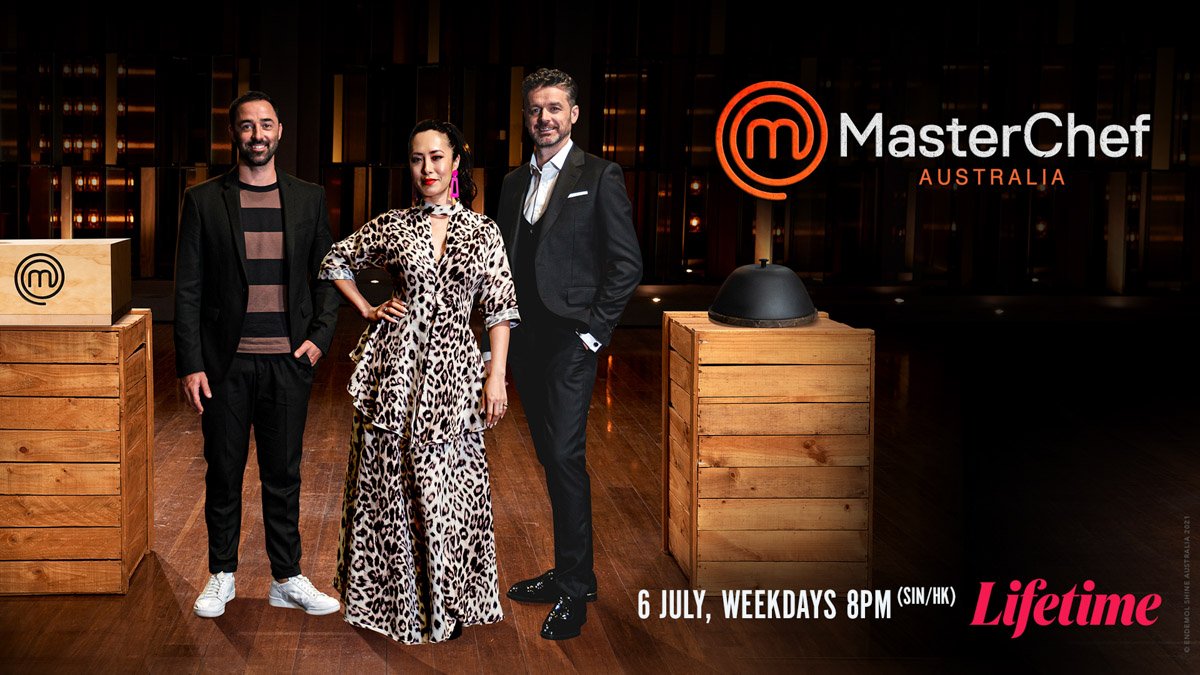 MasterChef Australia is back, and it’s bigger and bolder than ever before. Returning for its 13th incredible season, the ratings juggernaut of 2020 is back with the Best Cooks Ever, Best Food Ever. Challenged to create delicious meals both inside the famed MasterChef kitchen and at stunning locations across Victoria, MasterChef Australia is set for an exceptional series. Judges Jock Zonfrillo, Andy Allen and Melissa Leong entered the kitchen last season with a bang, making their mark on challenges and tastings alike. Ready to encourage and push contestants to extend their repertoire and cook delicious food, the trio are thrilled to be back to nurture and mentor the next batch of hopefuls. Also returning to the kitchen, renowned goddess Nigella Lawson will open Superstars Week LIVE from London as she sets a buttery biscuit challenge. Nigella will be joined across the week by fellow Zoom legends Yotam

Ottolenghi, Massimo Bottura, Clare Smyth and Heston Blumenthal. MasterChef Australia Back To Win favourites, Poh Ling Yeow, Reynold Poernomo and Callum Hann also return to strut their culinary stuff. Fan-favourite and dessert Queen Kirsten Tibballs is back, alongside a fiery Scott Pickett and Aussie legend Curtis Stone. The kitchen also welcomes Tipo 00’s Andreas Papadakis, Michelin-starred Japanese legend Chef Yomo, Khanh Nguyen from Sunda Dining, Amaru’s Clinton McIver, acclaimed pastry chef Anthony Hart, fish superstar Josh Niland, and MasterChef Australia Back To Win champion Emelia Jackson who makes an appearance with a special challenge worthy of three immunity pins. Beat The Brigade Week will bring a series of immense challenges, as contestants battle it out for elusive immunity against chefs from four of Melbourne’s top restaurants – Tonka, Movida, Lucy Liu and Stokehouse. This season, the winner stands to walk away with not only a life-changing experience and the title of Australia’s MasterChef 2021, but $250,000 in prize money.

MasterChef Australia is a cooking competition like no other. It transforms lives, inspires the nation and impresses the world’s best chefs. If season 12 was unmissable, season 13 is taking it up another notch, with every single member of the Top 24 stopping at nothing to hold aloft the coveted trophy. In 2020, MasterChef Australia took home the AACTA Award for Best Reality Program – its fourth win in the highly coveted category. Most recently, it won the Most In-Demand Reality Series at the Global TV Demand Awards.

Lifetime™ is an entertainment destination offering the highest quality dramas, movies and reality. A television network infused with passion and inspiration, it is the leading channel for women in the US. Lifetime™ reflects the full spectrum of the modern female experience, delivering top tier, female-focused entertainment that also encourages co-viewing.