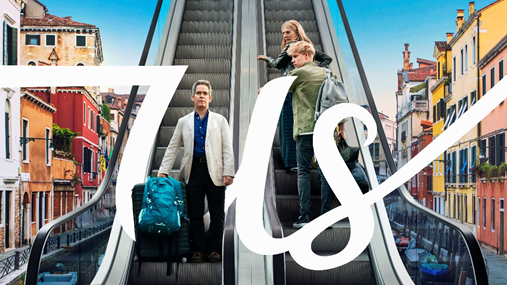 There’s something for each and every drama fan on BBC First this September. For the crime and thriller buffs, dive into the explosive first season of Guilt – when two estranged brothers race to cover up their accidental killing of an old man, and attempt to stop their lies from catching up with them.

For something just a little more lighthearted, the hotly-anticipated family comedy Us hits Asia’s small screens on the 21st of September, express from the UK. Travel to all the places on your bucket list this month, as we follow the Petersen family off on their annual summer holiday to Amsterdam, Barcelona, Venice, Copenhagen and everything in between. But just days before they depart, what happens when Connie Petersen announces she wants a divorce?

Exclusive to BBC Brit in Malaysia comes a series especially with movie enthusiasts in mind. Inside No. 9 Series 5 is the 5th installment in Steve Pemberton and Reece Shearsmith’s multi-award-winning anthology of short films, exploring everything from Christmas magic to football, and served with refreshing dark humour. 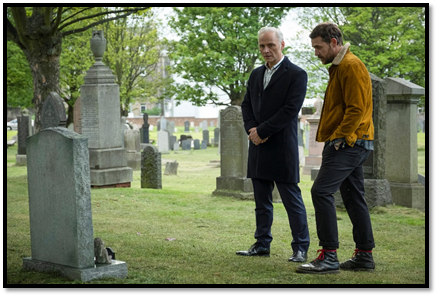 Brothers Max and Jake couldn’t be more different. Max is wealthy with an apparently perfect life. Jake scrapes a living running a record shop. Driving home late one night, they accidentally kill an old man on a darkened street. They manage to conceal their crime, but when others suspect the death wasn’t as innocent as it first appeared, the brothers’ lives start falling apart. As their guilt takes them into a dangerous world where everyone seems to have a hidden agenda, they soon discover they can trust no-one. Not even each other. 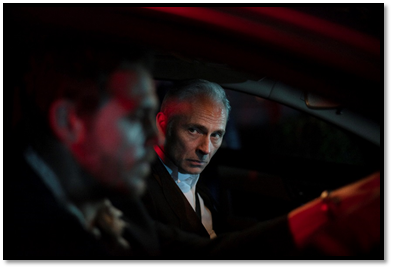 Mark is a Scottish actor best known for his roles in the television dramas Shetland, Casualty, Psychoville, Line of Duty and Unforgotten. He has also worked in theatrical roles, such as in The Duchess of Malfi, Much Ado About Nothing and Cyrano de Bergerac.

Jamie is a Scottish actor, previously appearing in such programmes as Frontier, Chernobyl and Rockface. He was nominated for British Newcomer of the Year at the 2002 London Film Critics Circle Awards and the Audience Award for Best Actor at the European Film Awards for his work in Wilbur Wants to Kill Himself.

Full of humour and heartbreak, this miniseries stars Tom Hollander (Baptiste), Saskia Reeves (Luther) and Sofie Gråbøl (The Killing). Connie and Douglas are set for a grand tour of Europe. It’s one last family holiday before their only son Albie leaves for university. But just days before departure, Connie announces she wants a divorce. They nonetheless continue with the trip in some of the world’s most beautiful cities – from Amsterdam and Paris, to Venice and Barcelona. Douglas sees this as a make-or-break chance to win Connie back and restore his troubled relationship with their teenage son. As love takes a detour, will Douglas get his marriage back on track?

Early Praise for Us:

Hollander is an award winning English actor, best known for his roles in tentpole films such as About Time, Pirates of the Caribbean, Pride & Prejudice, Bird Box, Bohemian Rhapsody, The Night Manager and Mission: Impossible – Rogue Nation. In 1992, he won an Ian Charleson Award for his work in The Way of the World. He has also written and starred in the sitcom Rev, which won Best Situation Comedy at the 2012 BAFTA Awards.

Saskia is an English actress best known for her roles in Close My Eyes and I.D. Other programmes she has appeared in include Luther, Spooks and The Commander. 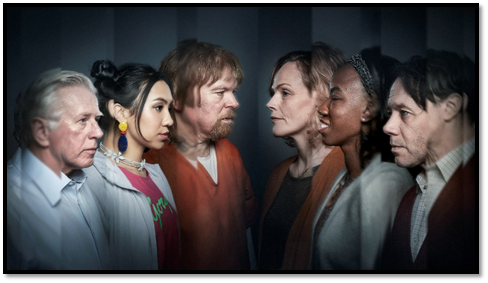 Steve Pemberton & Reece Shearsmith present a fifth anthology of films. From night-time to half-time, from the magic of Christmas, to the mysteries of magic and into the minds of monsters. Starring alongside Steve Pemberton and Reece Shearsmith is a wealth of talent including Jenna Coleman (Victoria), Kadiff Kirwan (Mary Queen of Scots), David Morrissey (The Other Boleyn Girl), Ralf Little (The Royle Family), Fionn Whitehead (Dunkirk), Maxine Peake (Funny Cow), Phil Davis (Poldark) and many more.

More about Inside No. 9: 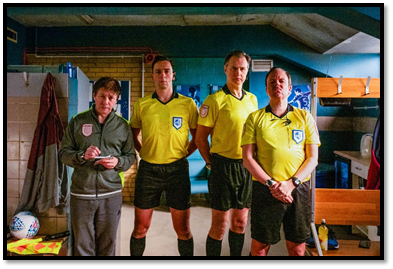 Two police officers always have time to get to know each other on the night shift. But PC Thompson’s previous partner died in a brutal attack less than a month ago, the forensics have gone missing, and PC Varney is beginning to ask a lot of awkward questions.

Praise for the show: